it’s time again for my yearly “Top 10” blog where I talk about a few of things that stood out to me the most. like in 2015, this isn’t exactly a “best” blog, but more of a “most memorable.” 2016 was a rough year for a lot of people, and my family was no exception. but even in the midst of those struggles, there were moments of beauty and times of joy. it’s important to remember the gifts we are given – and part of why I write this blog every year is to help me do just that.

The Olympics
as many of you know, I love the Olympics and not just in a “I watch it every night” kinda way. more a “I watch it all day, everyday for two weeks”. this year, I was thankfully off work during the event. this meant I was free to watch all the rugby, cycling, shooting, fencing… etc that my heart desired. there’s something so wonderful about how the world comes together to compete. these are men & women who’ve trained their entire lives to be the best they can and we get to see their joy in victory and their heartache in defeat. no matter where they are from or what sport they are competing in, to see someone earn a medal for the country they love is something amazing to behold. read more about this year’s games here.

Shake, Shook, Shaken
this was the favorite album I found this year. it’s from a French-Swedish group named The Dø. the album came out a couple years ago, but I was going through old live performance podcasts from KEXP and was immediately captivated. it’s energetic and pulsing with a joy that bubbles through the raw emotion it’s steeped in. I mean, I’m not a music critic or anything, but I know that if I’m feeling down, listening to this album will improv my mood.

Two Left Gloves
the winter of 2015-16 left a few things to be desired, at least in California. it was another year of drought and my boss didn’t believe in “days off” so I didn’t get as many days on the hill as I’d like. but that doesn’t mean there weren’t some memorable days of snowboarding. on one of my trips, I was lucky enough to catch a small storm. I decided to make the 30 mile drive out to June Mountain. I’d never been, but my pass would let me ride there and I’d heard it was good on snow days. once on the lift I pulled my gloves out of my pocket and found… TWO left hands. not only that, but one was a very light weight “spring day” glove. d’oh! driving back to Mammoth Lakes was out of the question, so I jammed my right hand into the larger and decided I wasn’t going to let a little hiccup ruin my day. in midst of sun breaks and falling snow I experienced the joy of exploring a new mountain. and my hand didn’t get too cold. 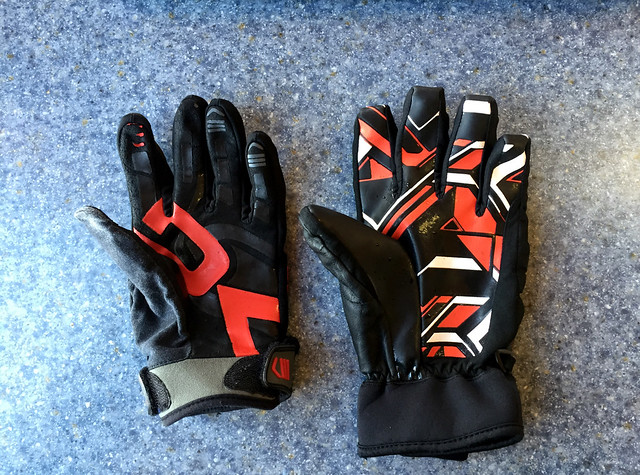 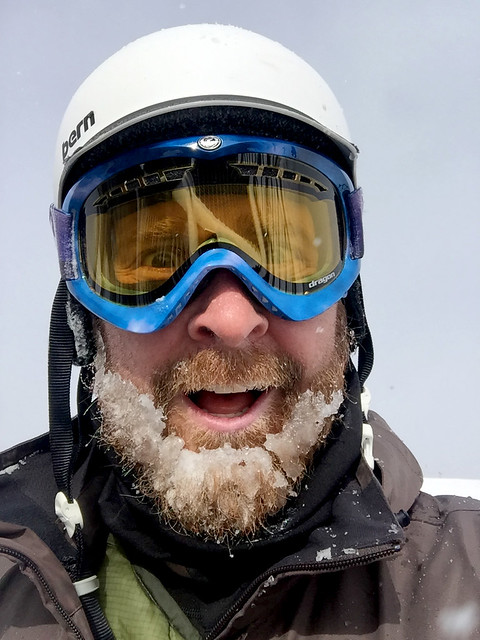 Arrival
I’m a huge fan of sci-fi, but too many films of the genre are chock full of non-sense plots, bad dialogue, and needless special effects. every few years a film comes out that combines the fantastic promise of science-fiction with real human emotions and struggles. “Arrival” was this sort of film. it tells the story of a language pathologist who is attempting to communicate with an alien race who has arrived on Earth. why are they here? what do they want? as the plot works to solve these, we see Amy Adam’s character struggle with the question, does love triumph over pain? it’s a fantastic film exploring our mutual humanity, the pain of loss, the thrill of discovery, and what it means to love. still on the fence? here’s the trailer.

Westworld
I watch a lot of TV these days… well, I watch a lot of “series” these days. I’m not really sure what “TV” is anymore. it’s transcended “time filling” and has moved into “long form storytelling.” seriously, many of these shows are basically 10+ hour movies. HBO’s show “Westworld” tells the story of a futuristic theme park that takes the idea of a virtual reality video game to the next level. in this game you aren’t using a controller or wearing a headset, you are ACTUALLY in a physical space interacting with other real people and highly advanced androids. I really enjoyed the show for a variety of reasons, it mixes two of my favorite genres, sci-fi and the western, it deals with themes of reality & consciousness, it imagines the future of video games, and it explores the question of “what makes us human?” it’s shot beautifully, well acted, and the plot kept me guessing. each week I’d anxiously await what was next as we delved deeper into the mysteries of the park. just a word of warning, it’s an R-rated show, so if don’t like seeing sex & violence—you should skip it.

Bachelor Parties
this year I had the honor of attending the bachelor parties of two of my good friends. I went to Nashville for Joey’s and then to Edinburgh for Fawaz’s. in a weird way, Tenessee and Scotland aren’t that different, at least if you consider the whiskey aspect. when you live in place like Los Angeles almost everyone is from somewhere else, so it stands to reason that your friends here will have friends from earlier in their lives. that’s one of the great things about bachelor parties – you get to meet those dudes. one thing that both Joey and Fawaz remarked on was how cool it was to get all these people from different parts of their lives together. so yeah, that’s pretty rad. plus it’s a great excuse to travel, eat good food, and maybe get a little crazy with a solid group of guys. 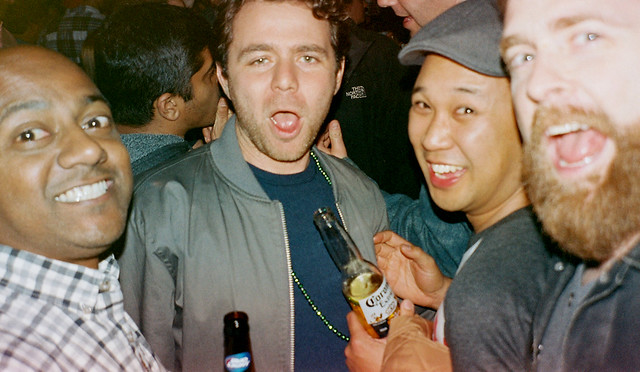 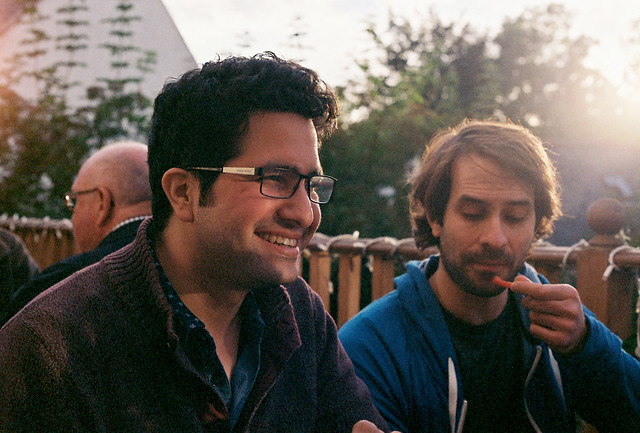 France Visit
since I was already in Europe for Fawaz’s bachelor party and wedding, it only made sense that I’d also go to France and visit my relatives there. long time readers of my blog may remember when I visited there five years ago on my way to Cannes. the last time I was there, all four kids lived at home, now only one of them did. it was so cool to see them as adults! this was one of the only “relaxing” vacations I’ve had… there was no real itinerary, I spent a lot of time reading, hanging out by the pool, and spending time with my cousins. it was pretty dang nice. I was again impressed by how welcoming and loving my relatives were. this year has really reminded me the importance of family. the trip also inspired me to improve both my French and my swimming, both of which I’ve been working on since then. 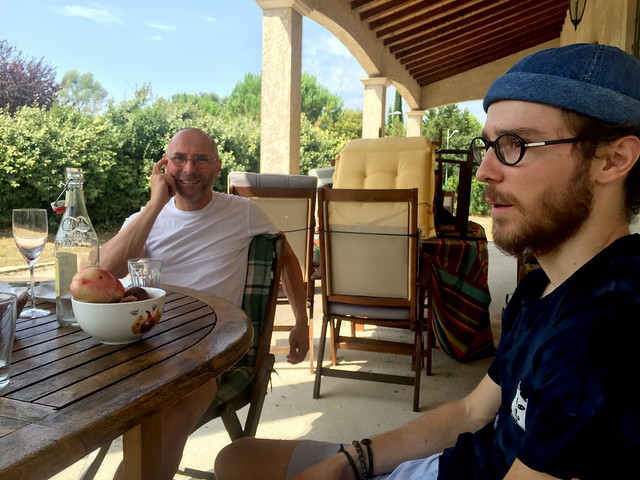 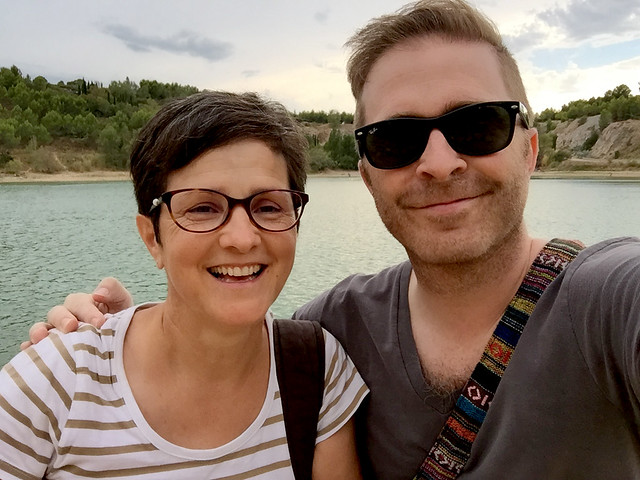 HarmonQuest
my main source of employment for the year was a combination live action and animation series called HarmonQuest. it’s a hard show to describe because it’s so unique, but I’ll give it a shot. the first element of the show was taping a live fantasy role-playing session. (RPGs are like video games that are powered by dice, your imagination, and the game master.) I’d take the live footage and edit it down, then we’d pick the sections that would be animated. so when you’re watching the show, you’ll the players playing the game in live action AND you’ll see them as their animated characters in a “Lord of the Rings” style epic adventure. whew. see what I mean? it’s rather complicated to describe. but man, it was a lot of fun to edit because we were inventing the language of the show! right before we started getting footage in the director left for another project. this left a pretty big hole in our team, so I volunteered to take up the slack. it wasn’t easy doing two people’s jobs, but getting to direct over 750 retakes was an amazing experience. check out the clip below.

Morning Coffees
one of the advantages of starting work at 10am is being able to get coffee with friends before hand. I was lucky enough to have a couple of my best friends in the neighborhood; my buddy Jeff worked nearby and Troy lived around the block. almost every week I’d meet up with one (or both) of them and we’d catch-up as we perked-up. (coffee pun!). we’d go to our favorite spot, Rise-n-Grind and sit in our favorite spot looking out onto the sidewalk. let me tell you, there was always something interesting happening outside that window. foreign tourists wandering, beautiful locals headed to the gym, eccentric characters doing…what they do. without fail there’d be something to see, it was a pretty great time. near the end of the year, Troy moved for to the east-coast for work and Jeff got a job on the Westside of LA. with that, the morning coffees came to an end. I’ve had a bunch of friends move this past year, and it’s not easy – but I’m thankful for the time I got to spend with them. it’s a good reminder that even something as simple as getting morning coffee can be special.

this pic of Tony and Troy is from last year, but I think it captures the feeling of being there. 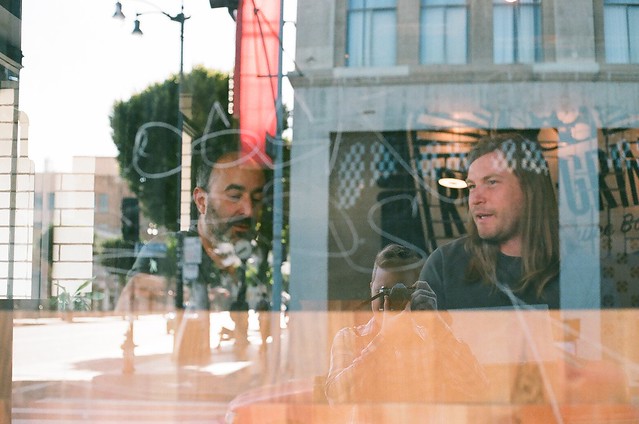 Visiting Ann Arbor
occasionally the stars align in ways you never could have predicted and going to Ann Arbor this fall is a perfect example of this. when I got back from Europe my sister, Teal, let me know she needed to have a medical procedure (don’t worry, she is fine). right away we both came to the conclusion that I would go out there for a few weeks to help. now if I’d had a normal 9-5pm job, this would have impossible. or at least, really hard to do. but as a writer, it didn’t matter where I was located. being a caregiver was a new experience for me and I have a new found respect for the people who take care of others. it’s tough work and is both emotionally draining and rewarding. even though this wasn’t an ideal situation, I was happy to be able to spend the time with Teal; we drank lots of coffee, watched fun cartoons, hung out on the couch while we knitted/played video games, watched movies, etc. I got to meet her friends and saw members of her community rally around and support her in a truly remarkable way. plus, I got to experience the brilliant colors of an East Coast fall. it was pretty incredible trip. 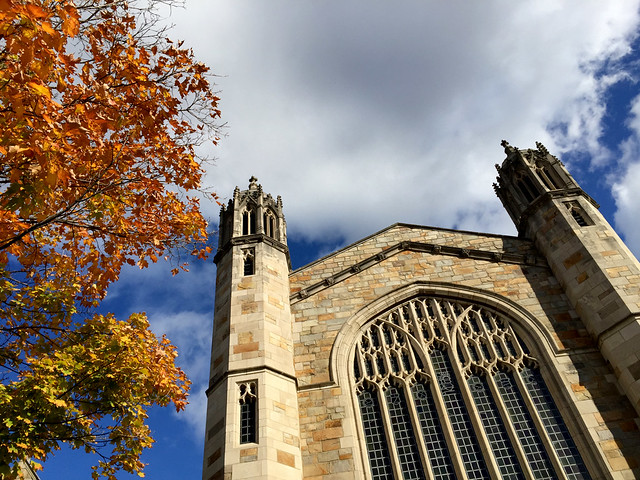 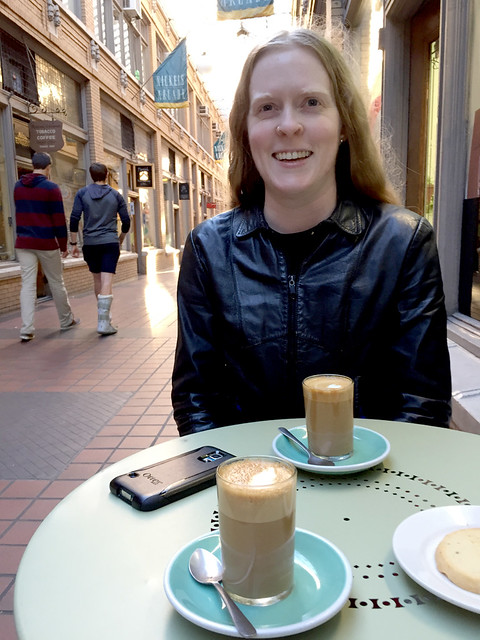 and that’s brings this year-in-review to a conclusion. I hope you enjoyed this short glimpse into the highlights of my 2016. what about yourself? what stood out to you this last year? I’d love to hear about the things that were memorable to you.