it’s January, and you know what that means. New Year’s Resolutions, a slew of annual bills coming due, and most importantly a new “year in review” aka “top 10” list from Luke! and this year I’ve gotten it to you before February. like previous years this is a collection of random things that were the most impactful.

1) Secret Stairs of LA
a couple years ago my folks got me a guide book called “Secret Stairs of LA.” it’s a perfect combination of history, urban exploration, and exercise. see, it turns out that LA used to be a more pedestrian friendly city (crazy, right?) and because of this there’s all these public staircases connecting communities on hills with the train stations (now gone) in the flats. it was so fun to explore the city with Daisy, Nathaniel, and my parents. looking forward to exploring further this coming year. check out the book’s official site for more info. 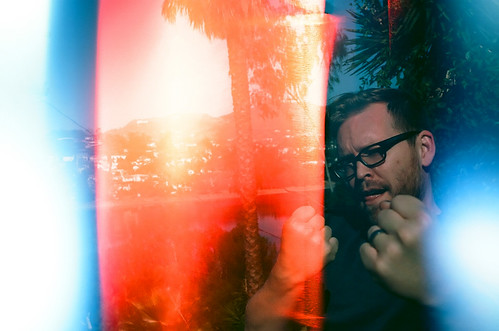 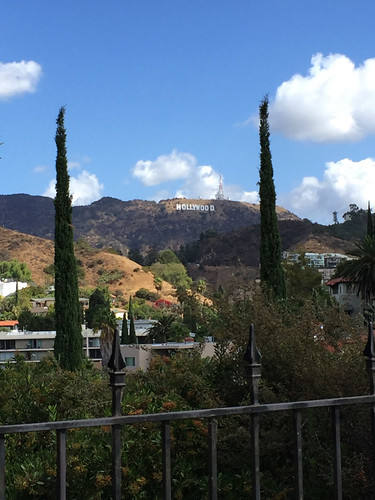 2) The Most Epic of Snow Years
last winter it just kept snowing and snowing and snowing. and since I was on my writing sabbatical, it meant that I got to spend a lot of time up in Mammoth with the Powell’s. I really love going up there. it’s such a treat getting to play with the kids, hangout with the adults, take Boomer for walks, and of course go snowboarding. this season, in addition to all the epic powder days, we also got the unique treat of riding on the 4th of July. after hitting up the mountain for a hours we headed back into town and watched the town’s parade–which was another fun experience. 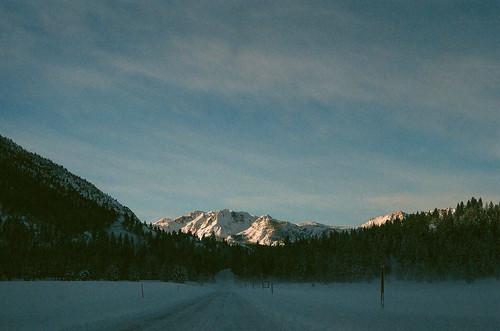 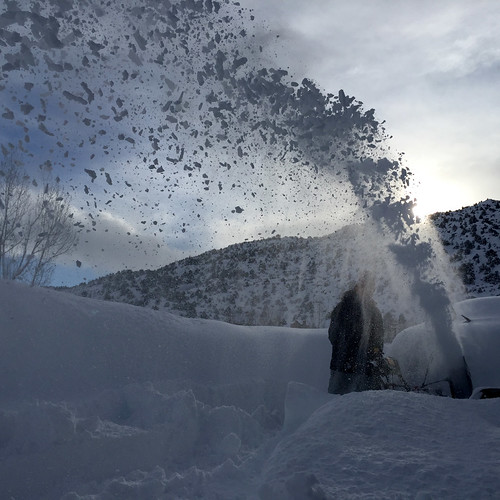 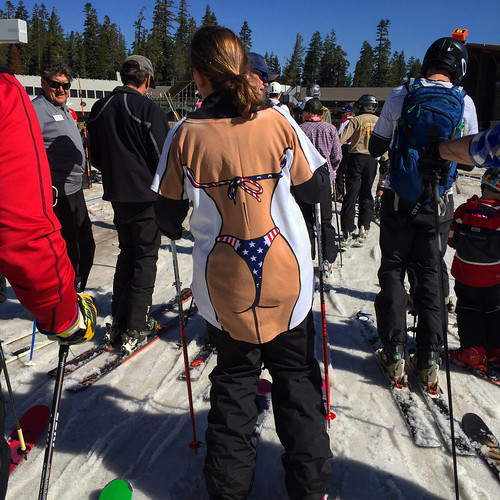 3) Apartment Renovations
going along with the theme of having extra time, I undertook a big project in my apartment this year. after getting the floors redone, I painted, rehung art (thanks Brian!), power-coated my heater, and built a new entertainment console. during in the process I purged a bunch of stuff. some of it I sold, others I gave away, a lot got recycled. I tried to take stock of why I was saving “object X”, and I was ruthless(ish) about what I kept. it felt really, really good.

4) Writing
it’d be odd if the year I was on a “writing sabbatical” the writing part didn’t make the “best of” list… I really, really like writing everyday. having a big chunk of time let me dig into numerous projects, and gave me the freedom to push things aside and tackle new opportunties as they presented themselves. during the last year I wrote 10 tv show treatments, three live action tv show bibles, created two animated show bibles with original artwork, then wrote pilot scripts for both those shows, wrote a short script and two other short film treatments, wrote a live action feature film script, developed a short film with a writer to a production draft, and wrote numerous blogs about art, filmmaking, video games, and more. also, I wrote delivered a lecture about Found in Kitsap… which is the next item. 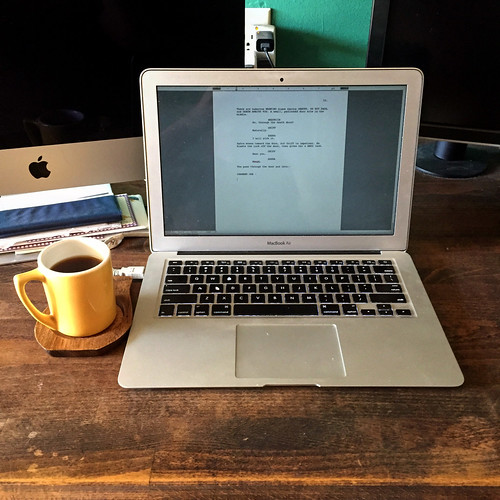 5) Nashville
last fall I was invited to speak at iBook Conference in Nashville about “Found in Kitsap”. ostensibly, this was to discus the iBook version of the project, but I spent the majority of my time talking about how the project came to be, and how I navigated the unknown waters I found myself in. this was the first time I’d spoken publicly about the project and it was great to be able to explore the ideas behind the book… and see what people resonated with. not only that, but a trip to Nashville meant I got to visit my friends Eric and Rachael and eat some great BBQ… plus I made a few new friends!

it isn’t exactly my talk, but you can get a lot of the stories in the “making of” blogs over at www.foundinkitsap.com 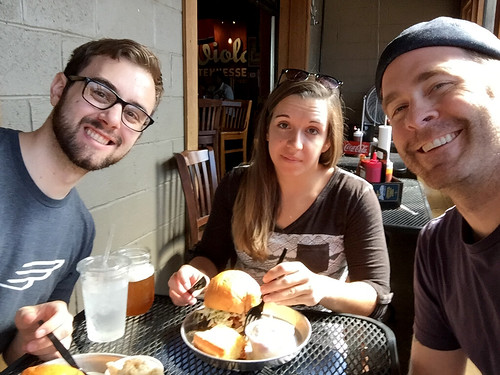 6) Roasting Coffee
in November, Teal and I both flew home for a little “early Thanksgiving” trip. it was great to see the family and I got two proper thanksgiving meals out of it. additionally, my Dad taught me how to roast coffee. it was a lot of fun getting to hangout outside and learn something new from him. plus, I had loads of great coffee I was able to give to my friends. speaking of which… 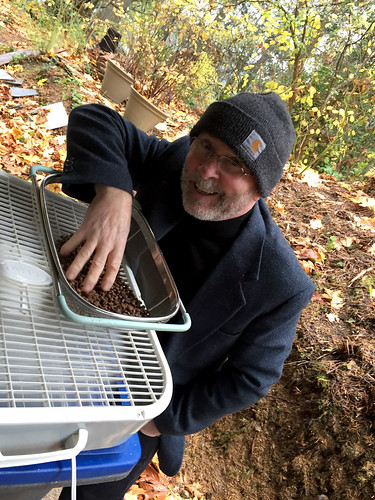 7) Friends
there were a lot of things that were rough this last year, but a great group of friends helped keep me going. here’s a few of them: the continued TV night tradition with Brian, playing video games with John, Thurston, Nick, Colton and the rest of Rogue Squadron, Star Snakes, and 527, making new friends with my SDCC roommates, farmers’ market trips with Tony, hatching bold schemes with Rick, going snowboarding with Adam, family time with the Blackwells, deep conversations with Fawaz, and having people over for my annual Hollywood Christmas Parade Party. 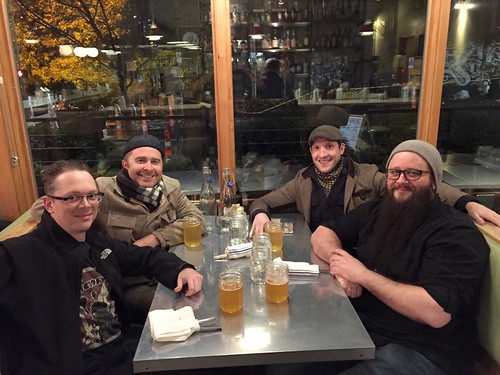 8) Flower Trips
an epic winter means epic rains… which mean epic flower blooms. especially after multiple years of drought. I had two opportunities to see wild flowers this year (well, three if you count driving through Mojave to Mammoth). I went to Anza Borego with Angel, and then to the California Poppy Preserve with Teal. each location had its own set of flowers and each was mind blowing in their own ways. the amount of color I saw was just… staggering. wow. I wrote blogs about each of these trips, read them here and here. 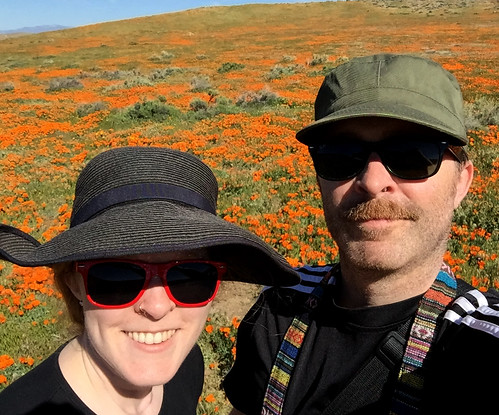 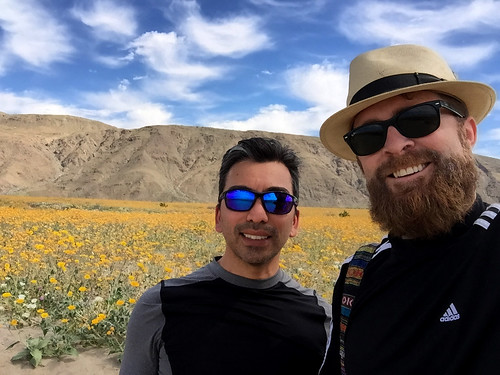 9) Malibu Trip
I don’t want to oversell the idea of a “perfect summer day” but the trip that Sophie and I took was pretty much it. we started the day with fancy coffee in WeHo, drove out to the Getty Villa where she proceeded to educate me in antiquities, went North along the coast to Neptune’s Net my favorite “Biker/fresh seafood on the Ocean” spot, then capped it off with wandering around on the beach looking in tide pools and enjoying the sea breeze. it was such a delightful day I didn’t even mind the three hour drive back to Hollywood. 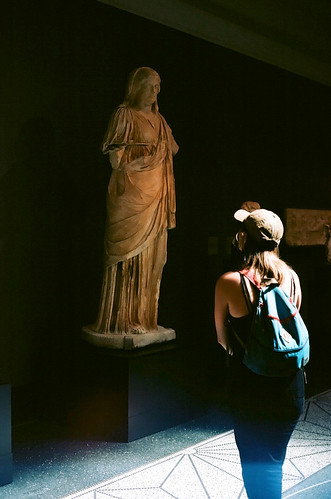 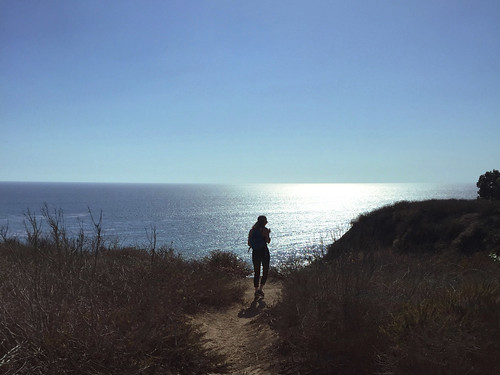 10) Chicago
in August I went to the Chicago area for my friends, Tiffany and Greg’s wedding. I met Tiff through video games… and she and Greg also met that way. it was so much fun to get to meet their families and friends from all around the country. this was also the first wedding that I’ve ever cried at… I didn’t know that was a thing that I would do, but I’m alright with it. after the wedding, I drove to Chicago proper to visit my friend Jenny and check out the Art Institute… and wow. what an incredible museum. over and over I’d walk into a room and remark “Oh my… they have that one.” so many incredible works of art. plus a few by my personal favorite, George Bellows. 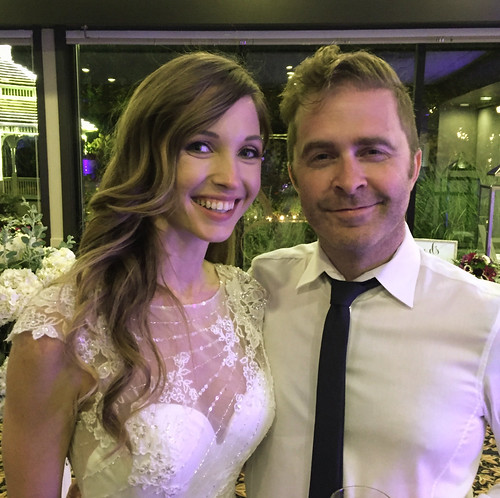 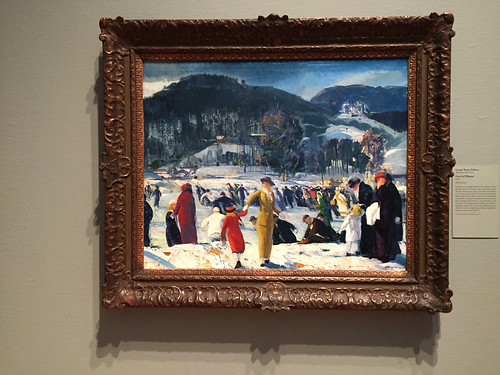 Honorable Mention: Johnny
last year we lost our friendly neighborhood kitty, Johnny Cat. for almost ten years he was a fixture around my apartment complex. he was always in a good mood and if you left your door open, there’s a good chance he’d drop by for a quick snuggle. I really miss him! more about what an awesome animal friend he was here. 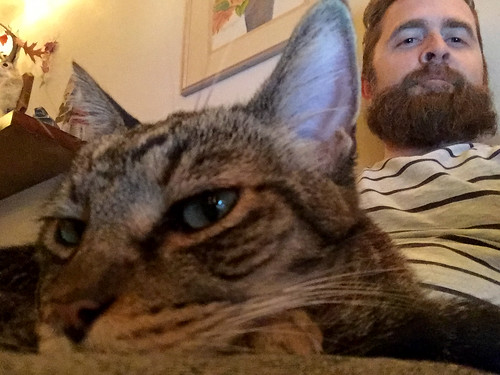 so there you have it. a bunch of my most memorable parts of 2017. what about y’all, what were some standout moments in 2017? what are you excited about for this coming year? what goals do you have and how can I help you achieve them?

look forward to making more memories with you in 2018.