here are a few of my favorite photos. if you’d like to see ALL of them (there’s like 150+…) cruise on over to my Flickr right here.

from my desert wildflower trip w/ Angel. it’s such an odd looking plant, and the combination of a really small depth-of-field, plus the 25 ASA Kodak film make the colors pop in interesting and vibrant ways. 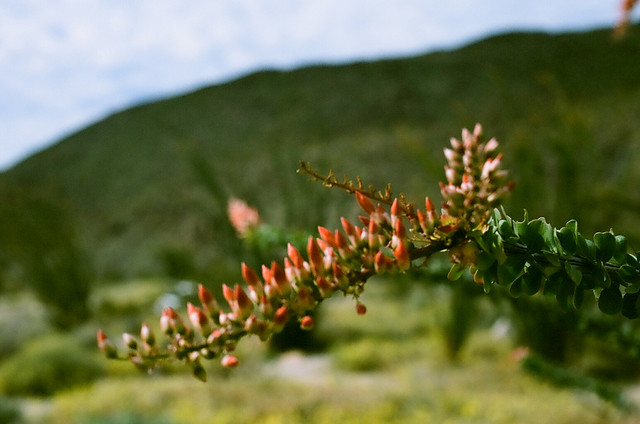 from Teal & I’s trip to the Poppy Preserve. this shot has a horizon line, strong diagonals, a vanishing point, and complimentary colors… it just works on so many levels. plus, film makes everything look better. 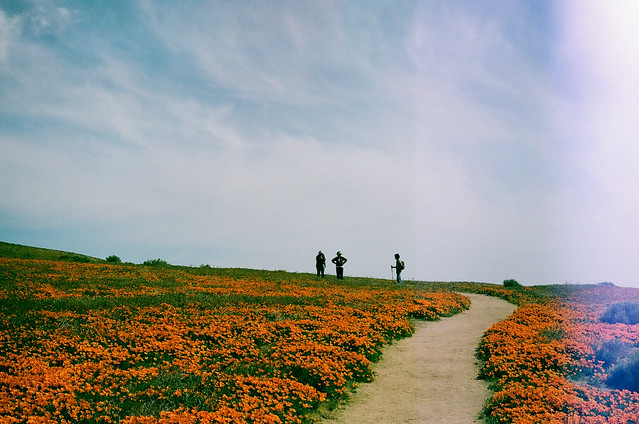 headed to June Mountain w/ Adam. the road headed toward the vanishing point, the contrast of light and dark… and the anticipation of a good day all make this a killer shot. 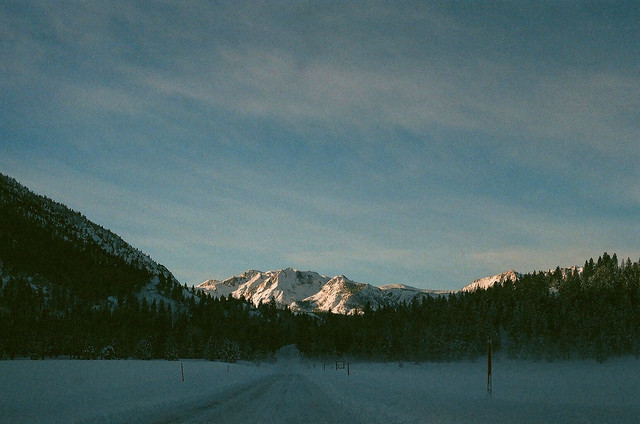 I love the pure bliss on Teal’s face here, I can practically hear her squeal of joy. 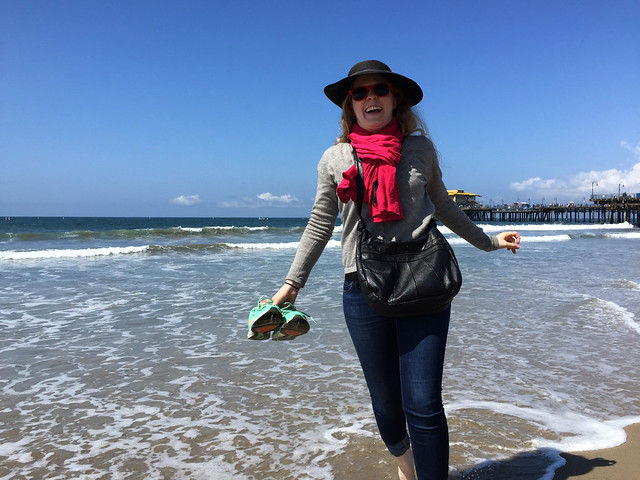 there are a bunch of silhouette shots in my fav’s… I really like this one of Jackie. it’s got the dog, the baby, and the mountains–all part of what makes living in Mammoth so special. 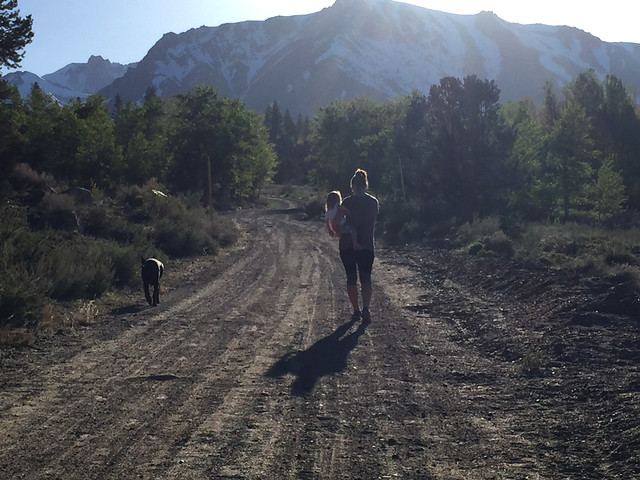 I’ve got some great neighbors… especially Malcolm. this afternoon was just so weird, I had to include it. 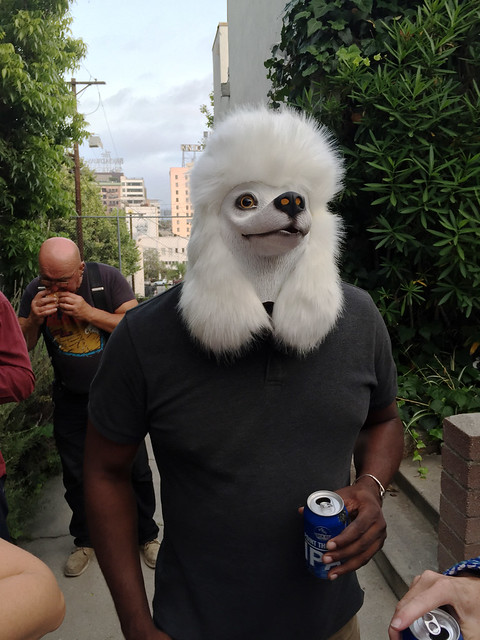 a nice candid shot of my Dad… it’s hard to catch people unawares, especially doing something they love. I like the slight flares around the edges, plus the way the background gradually goes toward overexposure, it gives an almost halo-like effect to the action of BBQ’ing. 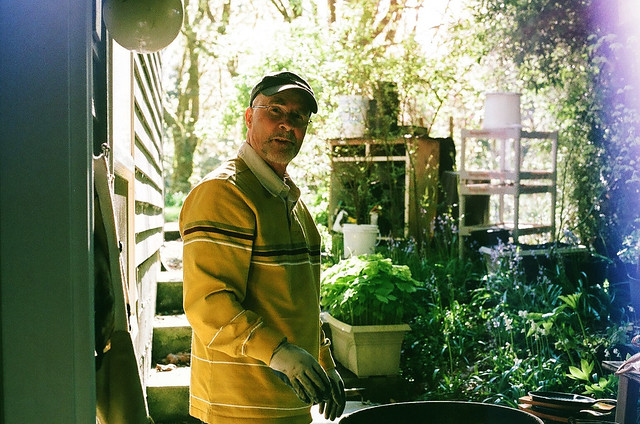 one of my favorite city shots taken on a family outing to Seattle. I really dig how the separation between the buildings almost vanishes. I didn’t know how good this would look when took it, but I did know there was something interesting about the reflection on the far building. sometimes you just have to trust your gut. 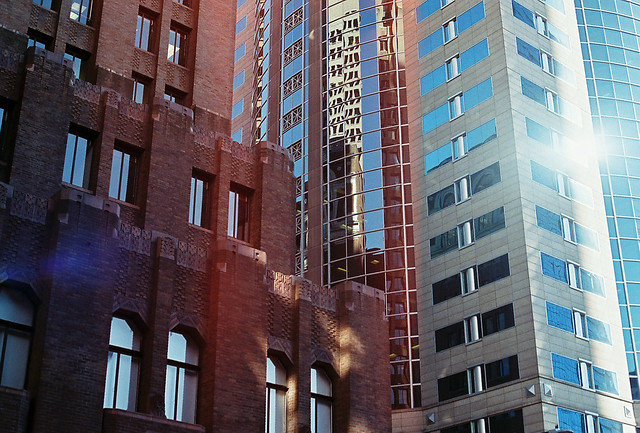 most of the time seeing a woman dressed up as the X-mens’ Beast relaxing in the lobby of a fancy hotel would be weird… but at Comic Con it’s pretty normal. love this shot of Mac because it combines the sublime with the absurd. plus the strong primary colors really pop. 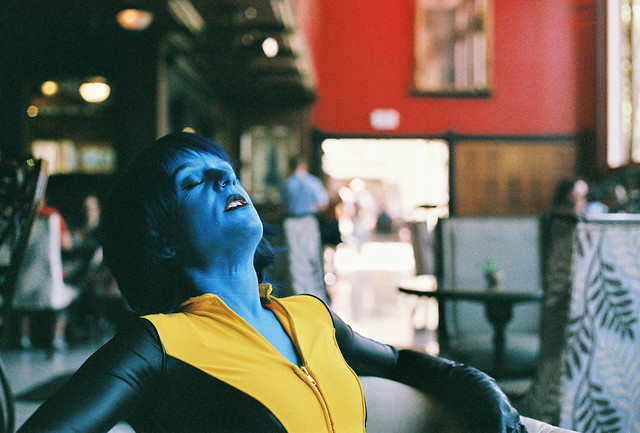 this up-angle, strong diagonal shot of a building is another one that appeared multiple times in my ‘best photos’. I took this one while on jury duty in East LA, such great colors. 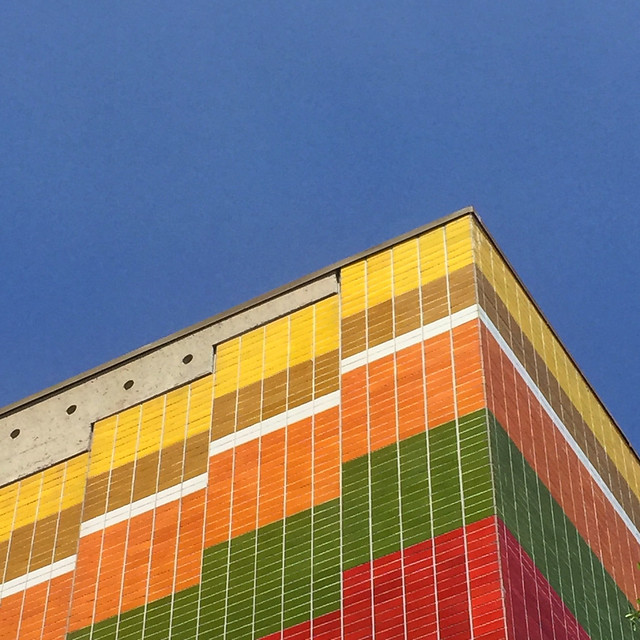 sometimes the flares in film just work. like in this shot of Sophie at the Getty Villa. 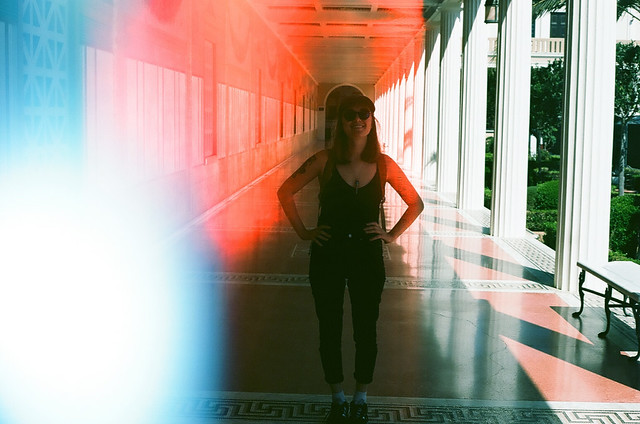 a simple photo on my new Helios lens… the shallow depth-of-field and interesting bokeh (out of focus bits) make the owls seem larger than they actually are. plus, I really love those owls. 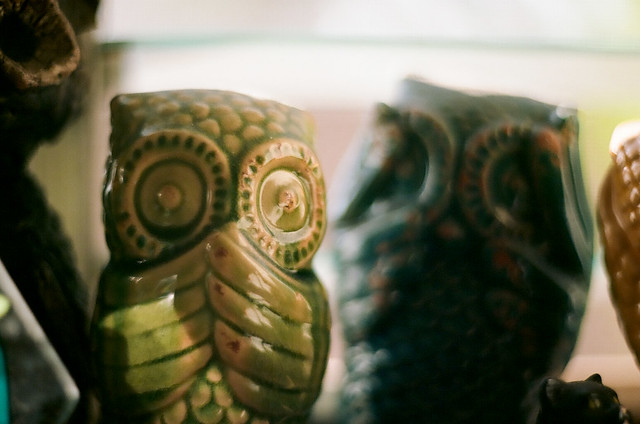 I wasn’t sure this shot would have enough light… but it did. I really like the subtle tones of the sunset mixed with the neon and car lights. and if you look at the Capitol Records building, you can see the sunset hitting off a few of the windows. so nice! 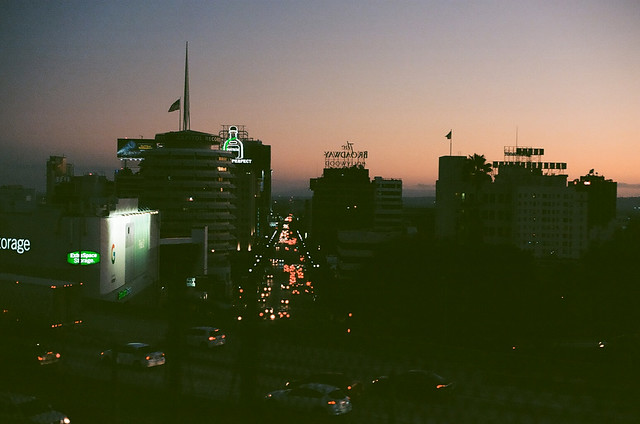 one of my all time favorite views… 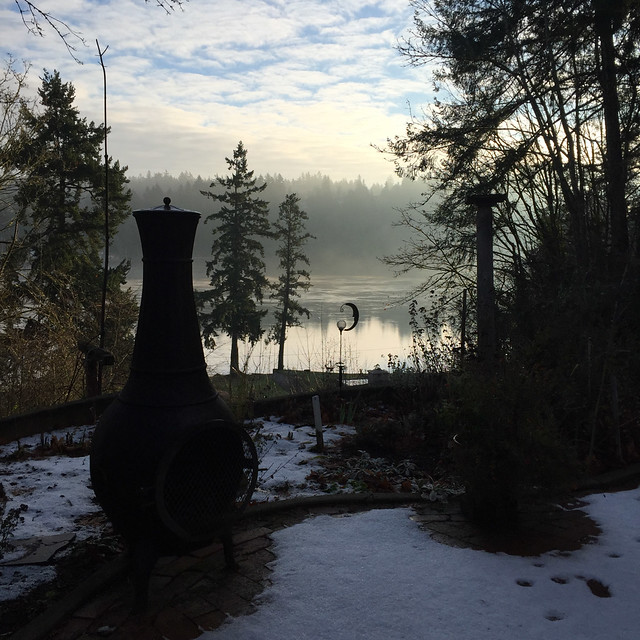 hope you enjoyed the shots. let me know if there’s any from the Flickr you found interesting and I can discuss them as well.