as promised, here is the photo heavy update to the Behind the Wheels post.

since this is a show about Hot Wheels cars, we needed cars. we got… lots. 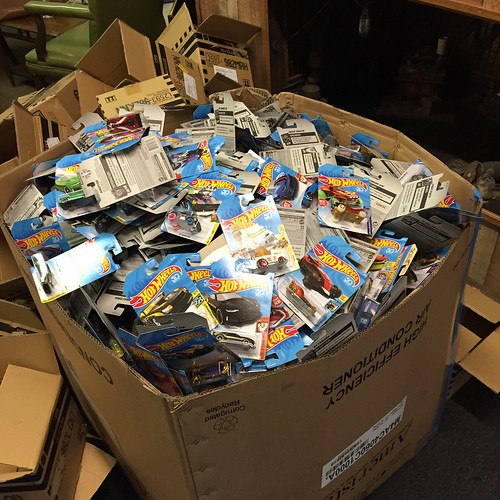 the sets where all built on top of “animation” tables like these. each one was modular and could be moved around as needed. 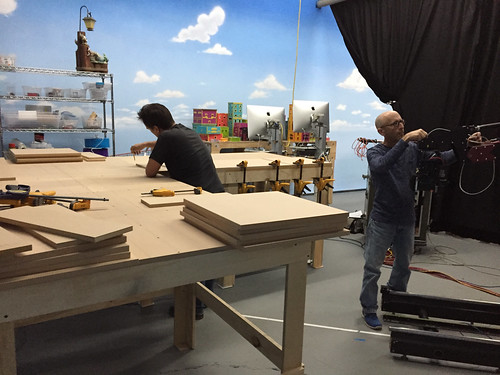 there’s few things as iconic as the “Hot Wheels Orange Track”. the track we used in the show was painted metal that could be bent and reshaped as needed for each shot. often there would be multiple pieces in the background giving the impression of a larger city. 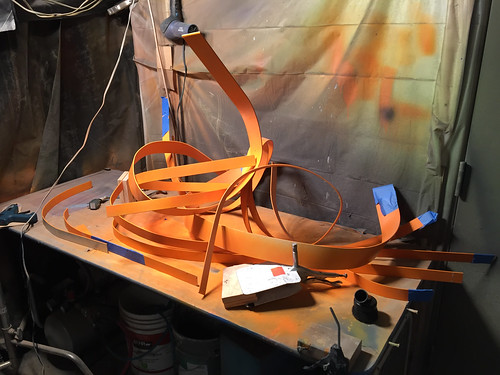 and here’s a set with track on animation tables! 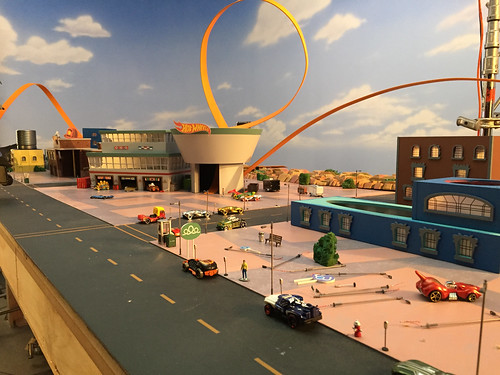 since we were shooting with real Hot Wheels cars, the scale of everything was 1/64… so our characters were very, very small. each pose was sculpted digitally, 3D printed, then hand-painted. here’s some unpainted characters. 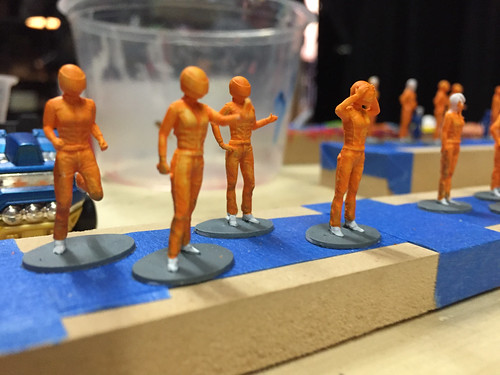 here’s a collection of painted poses for the character “Draven.” when you watch the show and a character moves their arms, or legs, or whatever—those are all DIFFERENT pieces that the animator changed out. stop-motion is very labor intensive. 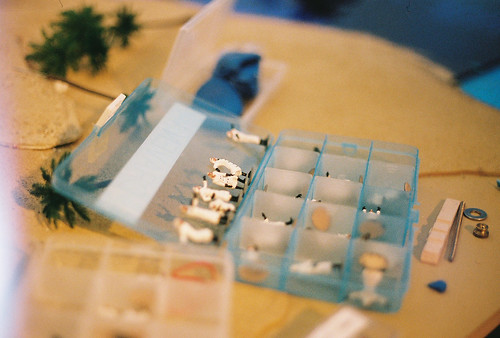 here’s Matt animating Draven and the Giant Shark (which I voiced). 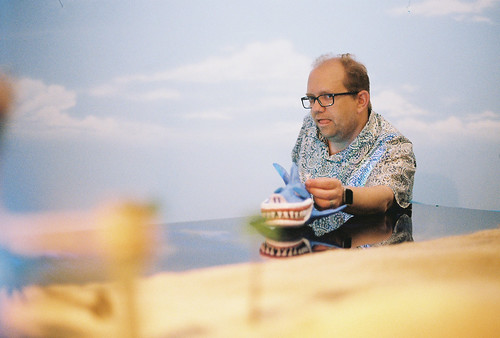 all the shots for the project where kept track of on the “Big Board”. each of those pieces of paper represents a different shot. 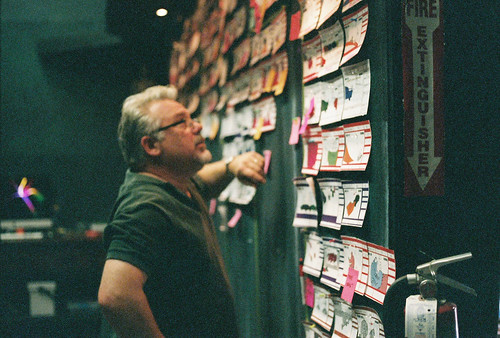 speaking of shooting, almost the entire project was shot on iPhones! the low profile of the camera allowed our cinematographer, Eric, to get the camera right on the “pavement”. this, combined with nice lenses that allowed for a shallow depth-of-field helped give the project a “full size” look. 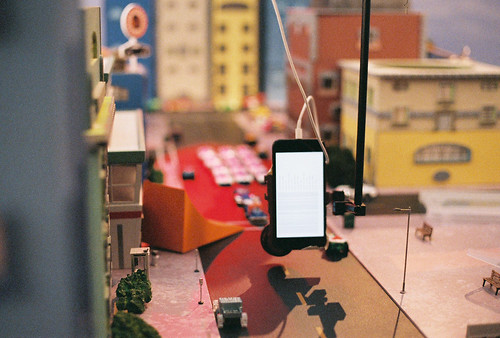 here’s a couple of examples of the setup with camera, then what the lens was seeing. 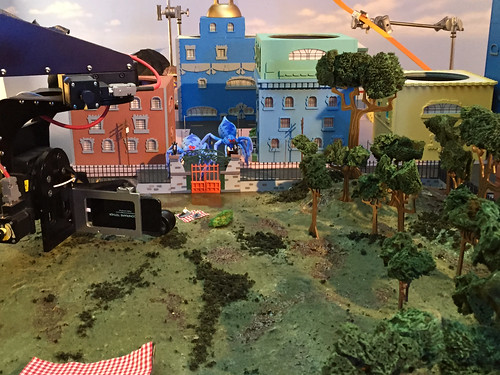 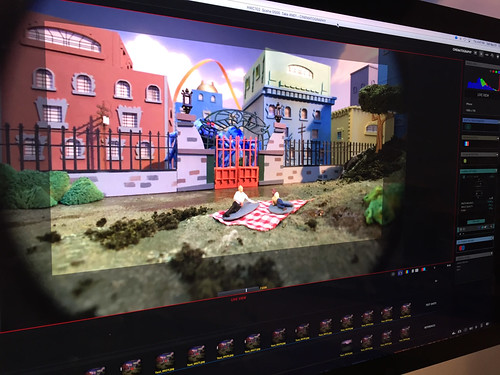 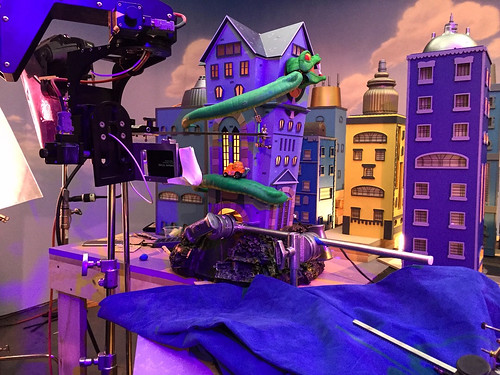 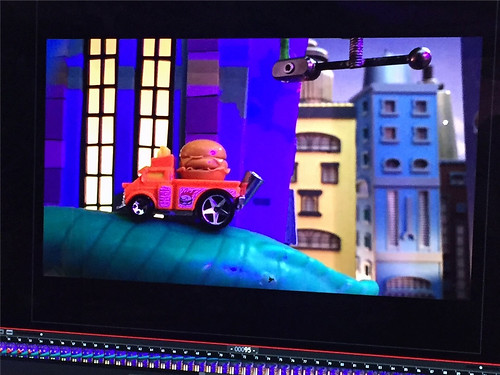 and here’s a fun picture of my friend Misha animating. 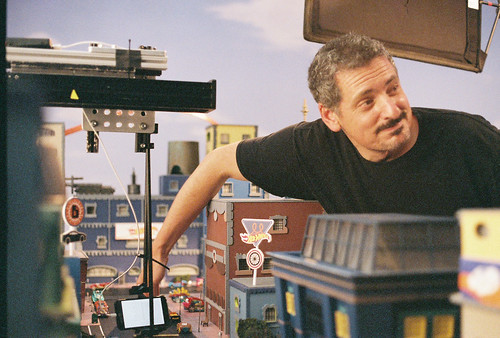 let me know if you have any questions on how we made “Hot Wheels City”… I’m not an expert in stop-motion by any means, but I know a few people who are =)

there’s a bunch more pictures from the production on my Flickr page. check out the album here.